Skip to content
BRENTFORD goalkeeper David Raya is one of three eyed as potential Bernd Leno replacement, reports say. German goalkeeper Leno lost his first-team place to summer signing Aaron Ramsdale, and is believed to be not best pleased about it. Leno told BILD ‘there was no clear reason’ as to why he was benched for Ramsdale, and […] ...

German goalkeeper Leno lost his first-team place to summer signing Aaron Ramsdale, and is believed to be not best pleased about it.

Raya is a potential replacement for Leno, who could leave as early as January[/caption]

Leno told BILD ‘there was no clear reason’ as to why he was benched for Ramsdale, and that it is ‘difficult’ for him to accept.

He said: “There was no clear reason why I was out, just that it had nothing to do with my performance.

“[Arteta] is the trainer, he decides. It’s difficult for me, of course.”

The 29-year-old has under a year left on his current contract, and could look to move on in the January transfer window, with Serie A champions Inter Milan believed to be interested.

And it appears Arsenal are already drawing up a list of potential replacements should the German choose to leave in January, or the summer of 2022.

Onana is in a similar position to Leno, he is in final year of his contract at Ajax and has rejected the offer of a new contract, meaning he could leave for free next summer.

But he also hasn’t played a competitive game of football since the end of January due to a doping ban.

Onana has served his ban, but is yet to make a first-team appearance for Ajax this season.

The Cameroonian international is instead training with Ajax’s academy side.

Director of Football affairs Marc Overmars confirmed: “We have decided that Andre will start goalkeeper training and team training sessions with Jong Ajax.

“The question, for now, is whether he will earn a spot with the first team in the long term.

“We have now moved on without him and have recruited two keepers during his suspension.

“Both an experienced and a talented one, the latter being one with an eye on the future. 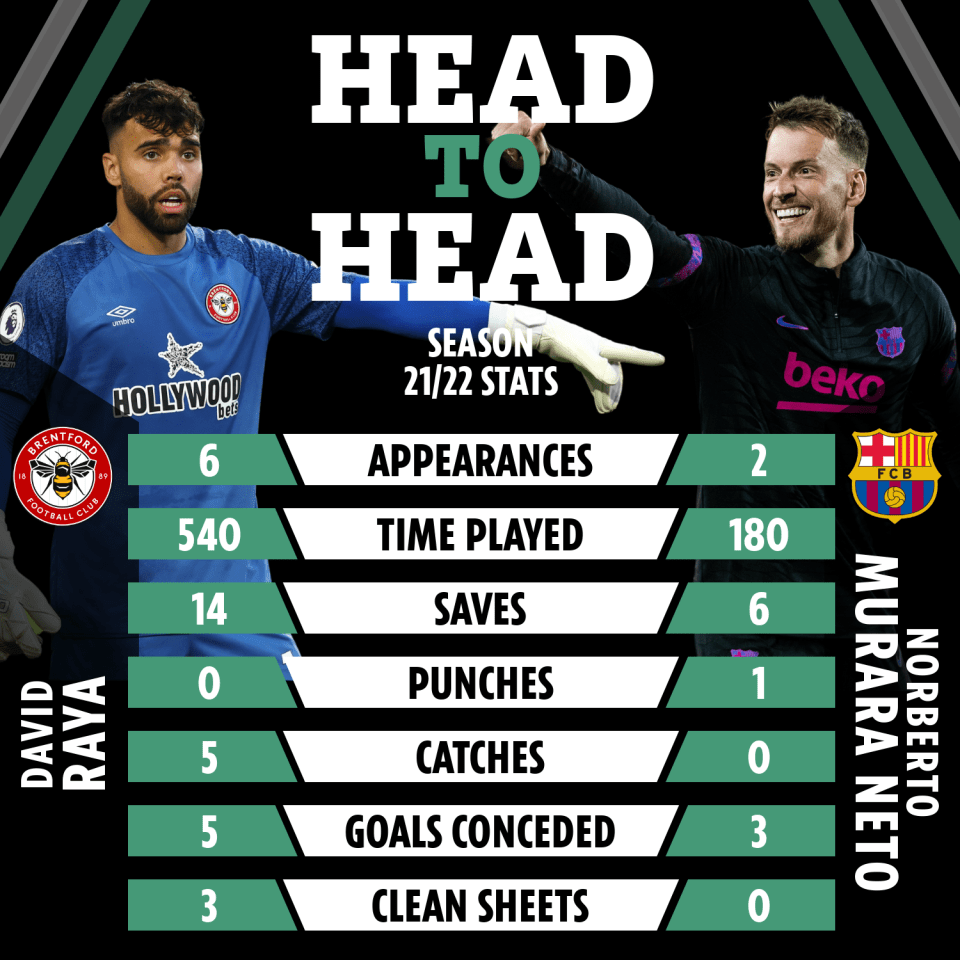 “The team has already started the season and is in the process of teambuilding.”

The two remaining names may prove hard to convince to take up the No2 spot in north London, with Raya proving to be a bit hit at Brentford in the top flight.

And Neto will want regular first-team football too, after playing back-up to Marc-Andre ter Stegen.