Skip to content
Earlier this year, Wccftech was invited among other outlets and influencers to attend a virtual media briefing for Final Fantasy XIV: Endwalker, the upcoming expansion that follows up 2019’s Shadowbringers. As part of this preview, we got to see behind the scenes what major changes are coming to the world of Eorzea, as well as […] The post Final Fantasy XIV Endwalker Hands-On Preview – To The Moon! by Kai Powell appeared first on Wccftech. ... 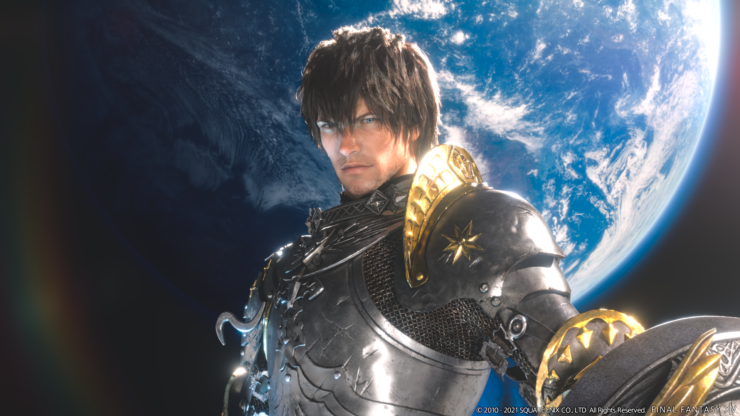 Earlier this year, Wccftech was invited among other outlets and influencers to attend a virtual media briefing for Final Fantasy XIV: Endwalker, the upcoming expansion that follows up 2019’s Shadowbringers. As part of this preview, we got to see behind the scenes what major changes are coming to the world of Eorzea, as well as a small playable teaser of the new content awaiting players at level 90. 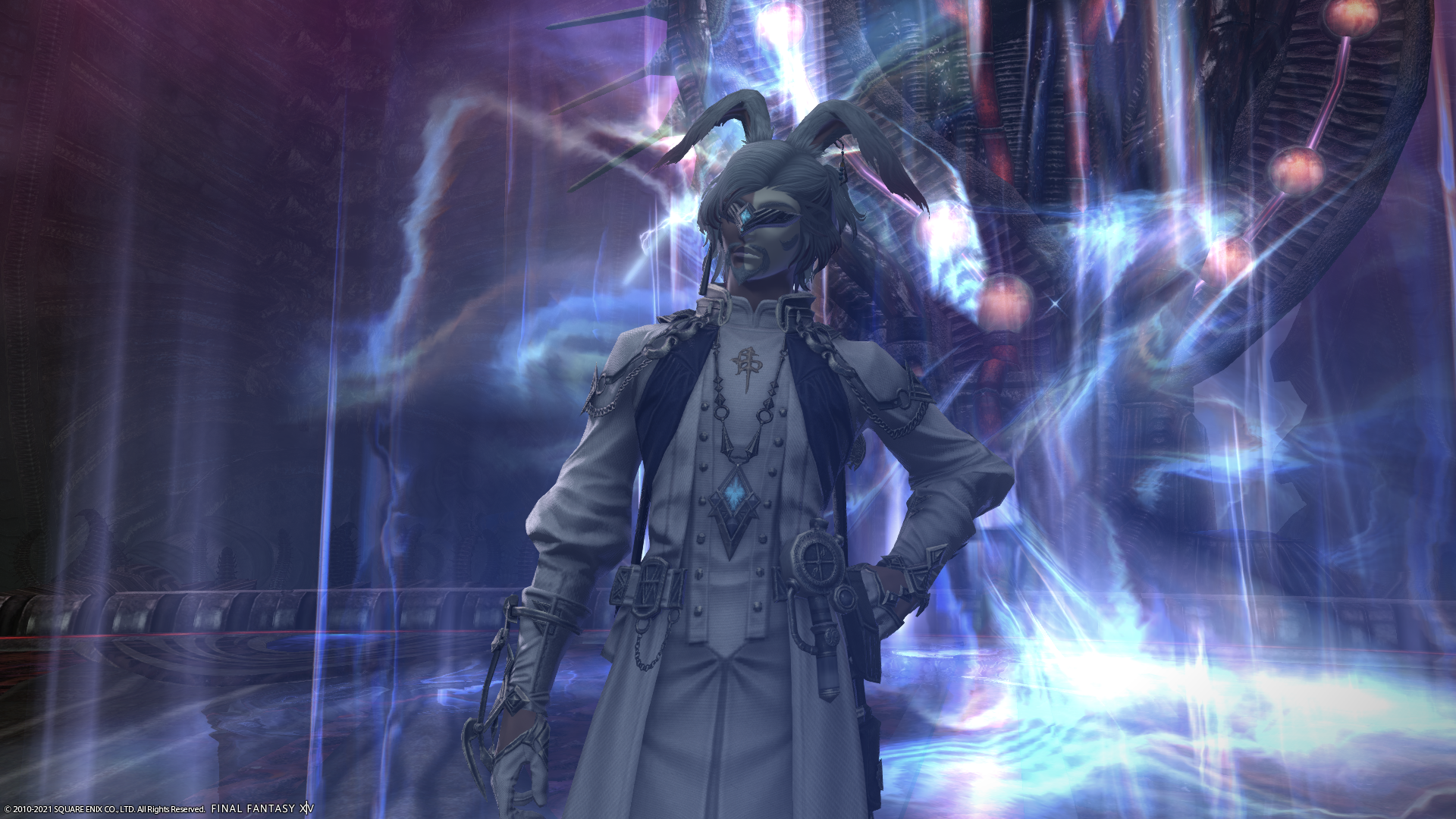 Perhaps the most contentious addition to FFXIV: Endwalker is the inevitable number squish to get things down to a more manageable level going forward. If you looked back to the boss roster in Patch 5.5, it wasn’t uncommon to see bosses come ever so close to breaching the half-billion HP barrier (the highest recorded was approximately 440 million HP). As Yoshi-P emphasized, the numbers are huge, and if they continue to grow, it can lead to application and calculation errors. As the number of zeroes increases, that strain is carried over into both processing and rendering. As such, Square-Enix instead put the focus on prioritizing the rendering of player characters.

To account for the impending squish, the FFXIV development is cutting down figures as they create a roadmap for the next 10 years of the long-running MMORPG. For starters, the difference in gear attributes from level 50 to 80 will be reduced to limit any drastic spikes at level 79 or 80. Overall, HP, attribute, and damage values will be reduced. This of course also means that enemy HP and damage dealt will be reduced. While not directly related to the damage contraction, EXP will also be reduced. Naoki Yoshida informed us that all of the values represented will come down to approximately ⅕ of the original values. That said, he made comments that the relative balance should remain the same regardless of the numbers you see on screen. When looking at the growth between level 80 to 90, the increase in stats should continue to be greater than what players achieved leveling up to the previous level cap established in Shadowbringers. 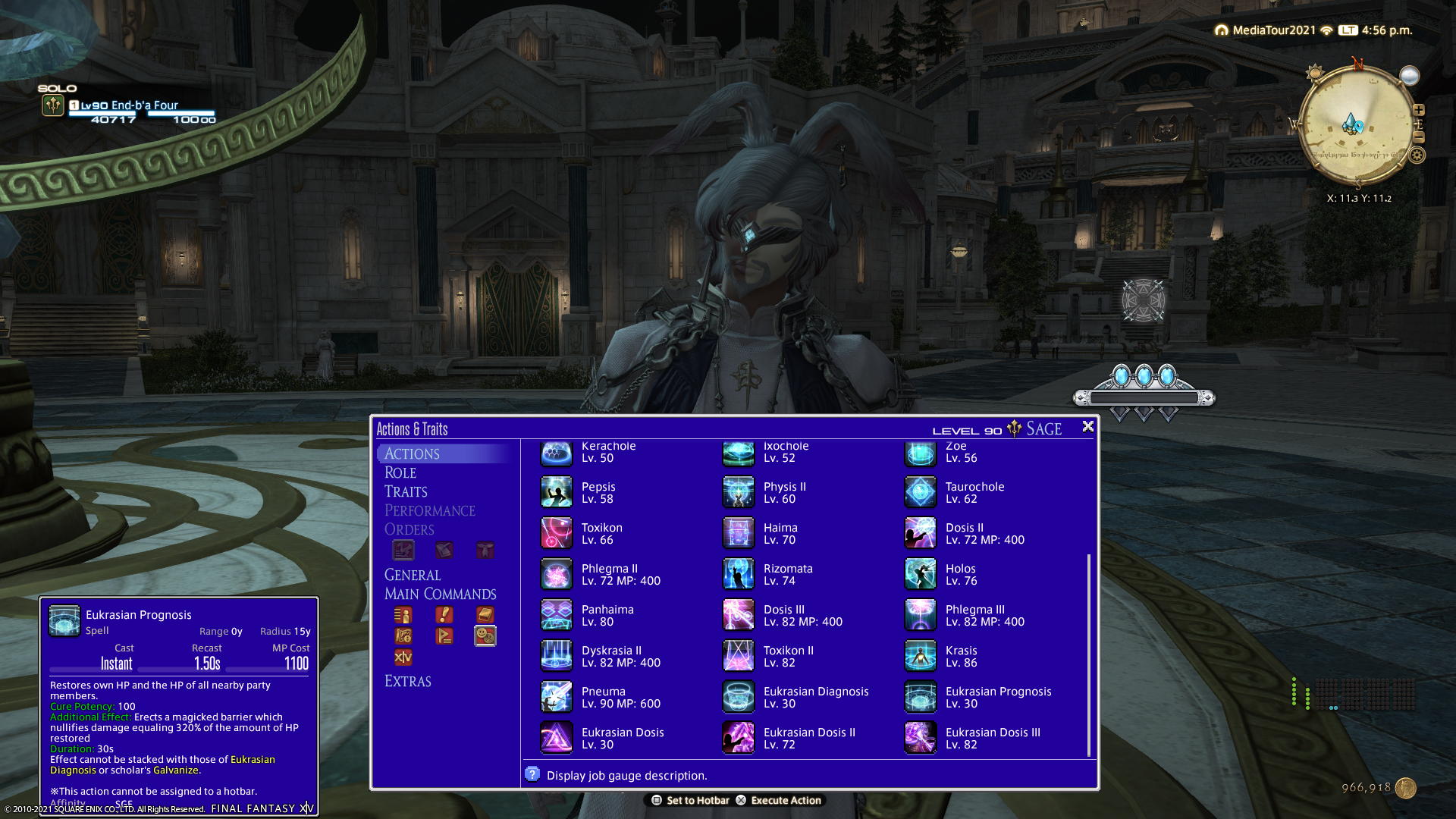 Naoki Yoshida continued to reiterate that players should rest assured that there’s nothing to worry about when it comes to the experience working up to level 90. One of the development team’s primary focuses is to adjust the substantial amount of experience currently required to level from A Realm Reborn all the way to the beginning of Endwalker. They’re also taking into consideration the leveling of both main and secondary jobs. Endwalker wishes to continue to be an MMORPG where players can pick one job and level it up to enjoy the story, thanks in part to group instancing as well as the Trust systems that allow AI NPCs to fill the role of missing spots in that holy trinity (damage dealer, tank and healer). Continuing the promise from Shadowbringers, all dungeons featured in Endwalker can be cleared using Trust. They will also be adding new features and AI to the Trust System, and each character will be supported with new enhancements. These enhancements won’t be limited to just 6.0 as the developer wants to expand the list of dungeons from 6.1 onwards and eventually allow players to complete them all as solo players in the future. This system aims to show newer players the appeal of MMORPGs without the potential stress of party play: ‘Ultimately, we believe players will discover the fun of teaming up with others.’ 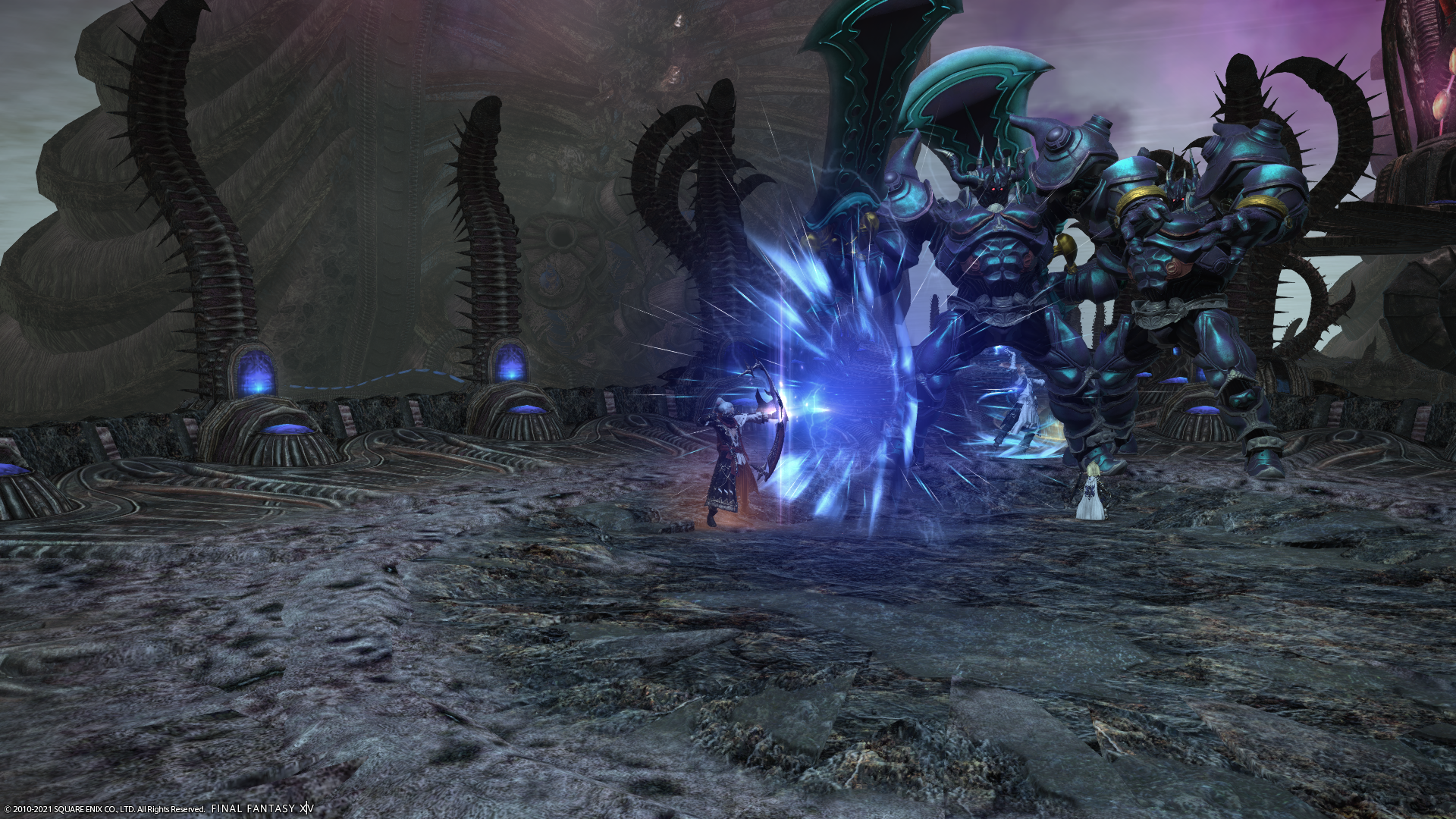 For the actual gameplay segment of the Media Preview for Final Fantasy XIV Endwalker, we grouped up with three other editors to check out the Tower of Zot, a familiar locale to those that have played Final Fantasy IV sometime in the past. Given the series’ emphasis on moons and the Enterprise in the title card and designs, it’s no surprise that this particular dungeon would make its appearance. And, much like the same dungeon from Final Fantasy IV, players are greeted with a familiar face or three in the boss roster. While their names may have changed, it’s instantly recognizable that these are the Magus Sisters reborn as the latest dungeon boss to face off against, first one at a time in the first pair of miniboss challenges, then against all three for the climactic finale. 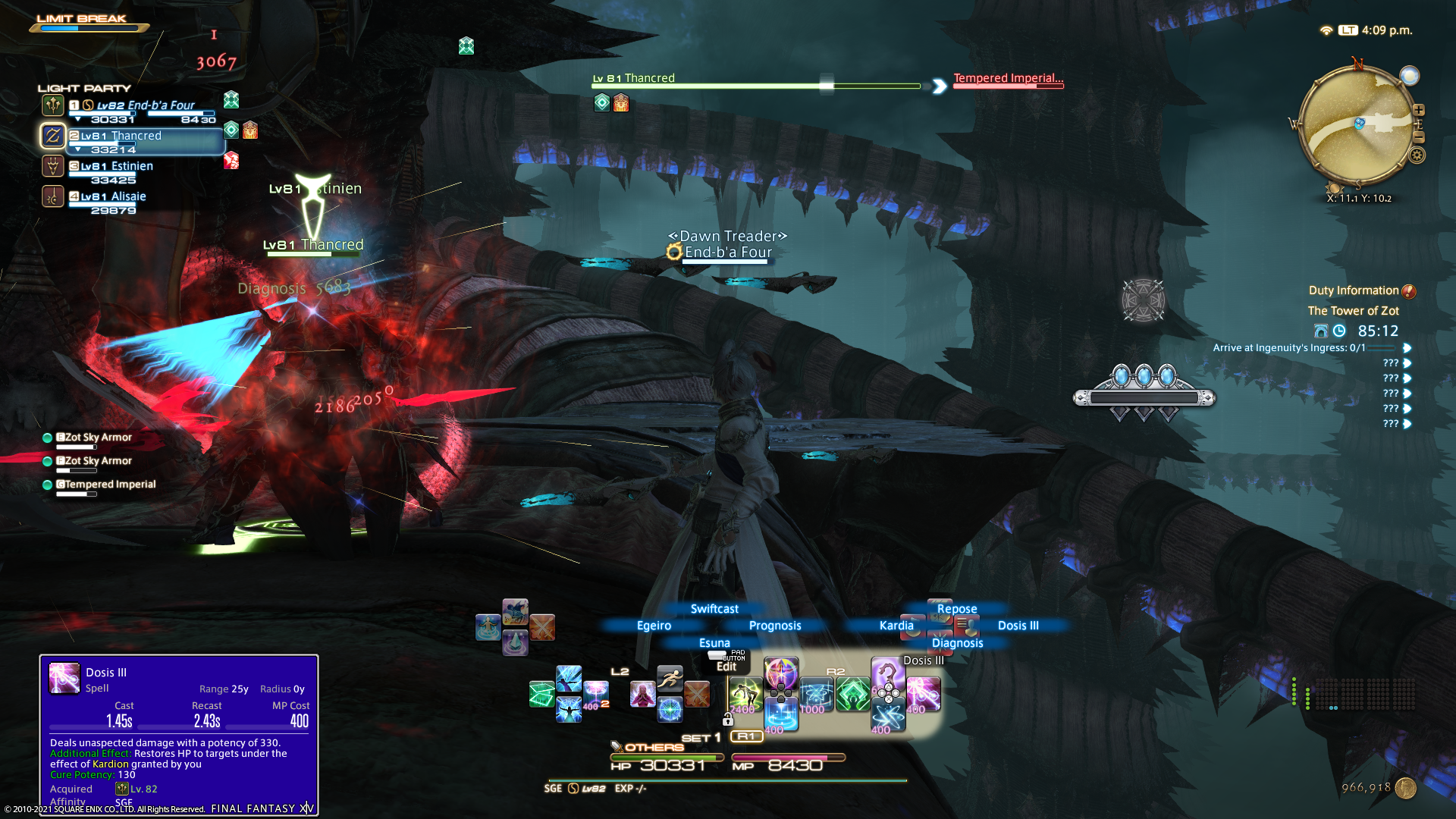 With this dungeon geared towards level 82, we couldn’t see all of those fancy new level 90 abilities at play. Instead, this was a good showcase for the number compression down to more normalized values. Just as the development team promised, the game largely felt the same despite the decimation in attack values. Even after more than a year away from the game, I was slowly getting back into the feel for BRD rotations and flinging the odd Soul Arrow as needed. There’s a strange Prometheus/Alien-esque design to the Tower of Zod, so I’m quite curious to see how far the developers aim to diverge from the Final Fantasy IV lore to fit the world of Endwalker.

Among the other new additions that players can look forward to in Endwalker are the inclusion of male Viera for the first time in the series (and they can wear Reaper headgear!), two new classes (Reaper and Sage), more dungeons, raids, alliance raids, and a level cap increase up to level 90. For the rest of the main enhancements and story content, you’ll just have to keep an eye out for those Letters From the Producer leading up to the launch of Patch 6.0 and Final Fantasy XIV Endwalker. The final chapter of the Zodiark/Hydaelyn storyline will arrive when Endwalker launches on November 23rd, 2021.

One last bit of information that Square-Enix requested added to our Endwalker preview coverage: This is a pre-release build that has not undergone final adjustments. All content is subject to significant change.