Skip to content
PAUL RILEY has been fired as head coach role of US women’s football club North Carolina Courage following sexual coercion allegations made by female players.  The accusations against the coach, who is 58 and from England, were made public in an article published by The Athletic on Thursday.  And the former Portland Thorns club boss […] ...

The accusations against the coach, who is 58 and from England, were made public in an article published by The Athletic on Thursday.

And the former Portland Thorns club boss has also had his coaching license suspended by the United States Soccer Federation.

Riley, who was born in Liverpool and began his managerial career in US football in 1986, has been accused of acts of sexual misconduct including coercing a player into having intercourse.

The Athletic’s report includes accounts from players managed by the coach who has worked in the National Women’s Soccer League (NWSL) – the top-flight of women’s club football in America – since 2014.

Mana Shim and Sinead Farrelly were among the players who went public with their allegations in regard to the former North Carolina Courage coach.

Farrelly played for Riley during his spells at the helm of Philadelphia Independence in 2011, New York Fury in 2012 and Portland Thorns from 2014 up to 2015.

In her interview with The Athletic Farrelly claims Riley coerced her into having sex with him in 2011.

“The Courage support the players who have come forward and we commend them for bravely sharing their stories.

“The North Carolina Football Club is united together in our commitment to creating a safe, positive and respectful environment, not only within our club but across the league and our great sport.

“As previously stated, players and staff are encouraged to report any inappropriate behaviour in accordance with NWSL policy as we prioritise efforts to maintain the highest professional standards of conduct throughout our organisation.” 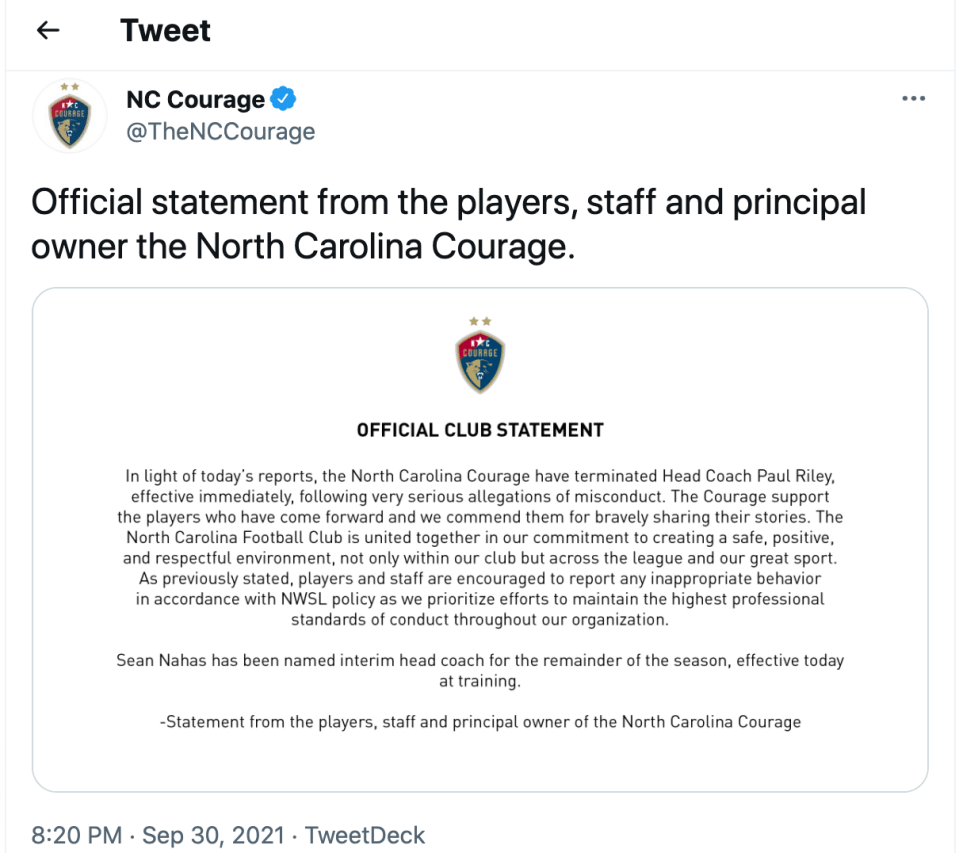 The NWSL says it intends to report the allegations to the USA’s Centre for SafeSport to investigate.

In a statement, the League’s commissioner Lisa Baird said the NWSL plans to set up an ‘anonymous reporting process for players and staff to text concerns’ to them for investigation.

However, a number of high-profile US women’s national team players have accused the league of failing to investigate allegations.

They include two-time Women’s World Cup winner and former Tottenham loan star Alex Morgan who called on the league to “take responsibility for a process that failed its own players”. 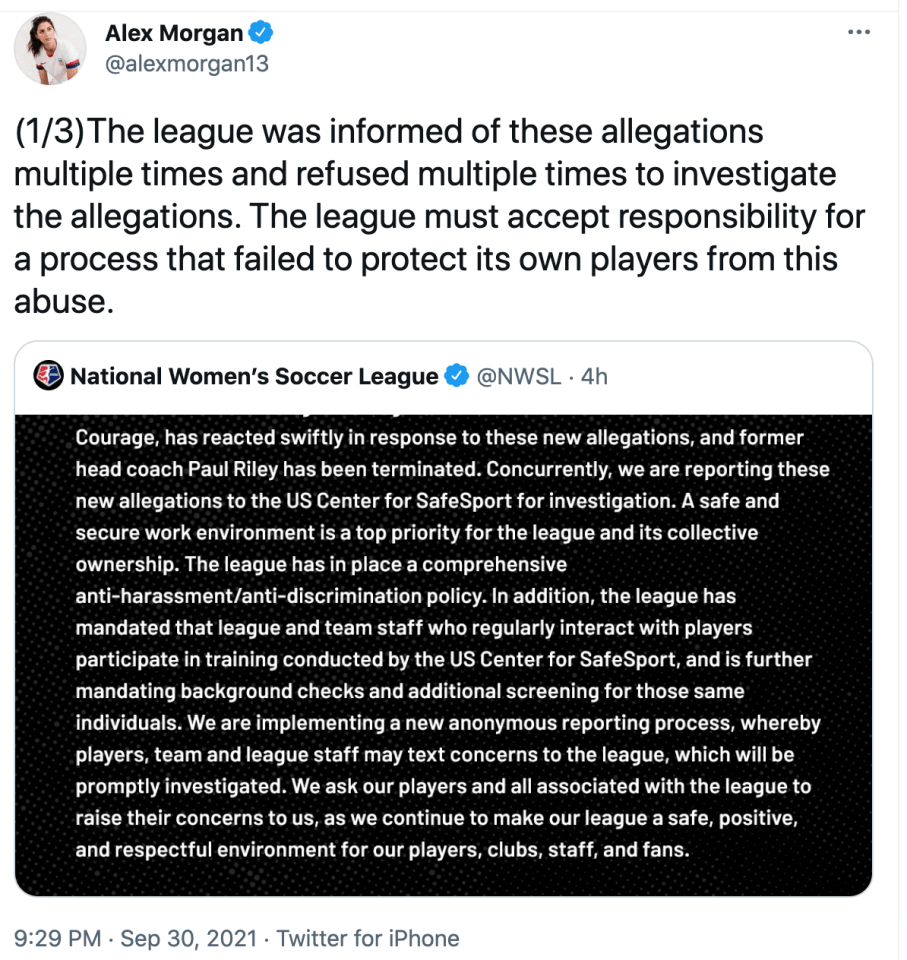 The NWSL Players’ Association is reported to be demanding the division commences an ‘independent investigation’.

The call is one of three demands made by the body that also want the league to disclose how Riley was hired within the division ‘after leaving another club following an investigation into abusive conduct’.

It has been reported that Riley who has managed women’s football clubs in America since 2006, has denied the allegations.