Skip to content
GARETH SOUTHGATE once claimed he would not pick players for England if they were not featuring for their clubs. But the Three Lions boss finds himself in a strange situation where a key player at Euro2020 has not played a single game for his club this season. Yet Southgate describes John Stones’ failure to feature […] ...

GARETH SOUTHGATE once claimed he would not pick players for England if they were not featuring for their clubs.

But the Three Lions boss finds himself in a strange situation where a key player at Euro2020 has not played a single game for his club this season.

Yet Southgate describes John Stones’ failure to feature for Pep Guardiola as a “quirk” and has no doubts over selecting the central defender for the forthcoming games with Andorra and Hungary, particularly as Harry Maguire is injured.

Stones’ only games this season were in the last international round against Hungary Poland.

Southgate said: “With John Stones, it’s not ideal that he’s not had football. He obviously had the two 90s with us and did very well in September so he’s not without football this season and he’s going to get football with City.

“It’s just been a bit of a quirk. I think he was on the bench when he came back from the internationals and then picked up an injury in training before their midweek game with Leipzig.

“But they are going to make changes and he’s going to play so we probably have to be a little bit careful of how many minutes we expect of him across these two matches because they are both important games for us. But we also have to make sure we get the best possible performances from John.”

Maguire’s absence has opened the door for Fikayo Tomori who has starred for Milan, having made a £25m permanent move from Chelsea.

Tomori has played just once for England, against Kosovo two years ago.

Although always quick, Tomori’s awareness and positioning has improved massively since featuring at the San Siro.

Southgate said: “I am very impressed. I thought he finished last season well and we were tracking him closely at the end of last season and he has started well again this season.

“I like Fikayo in terms of the aggressiveness of his defending. Because he has speed he is confident enough to defend on the front foot and his use of the ball is improving all the time as well.

“Milan have been delighted with him. They ended up buying him, and it has been a really good experience for him.

“We have seen more players in the last four or five years go abroad and play than probably ever before and at different levels. It’s quite often been younger ones going to Germany. 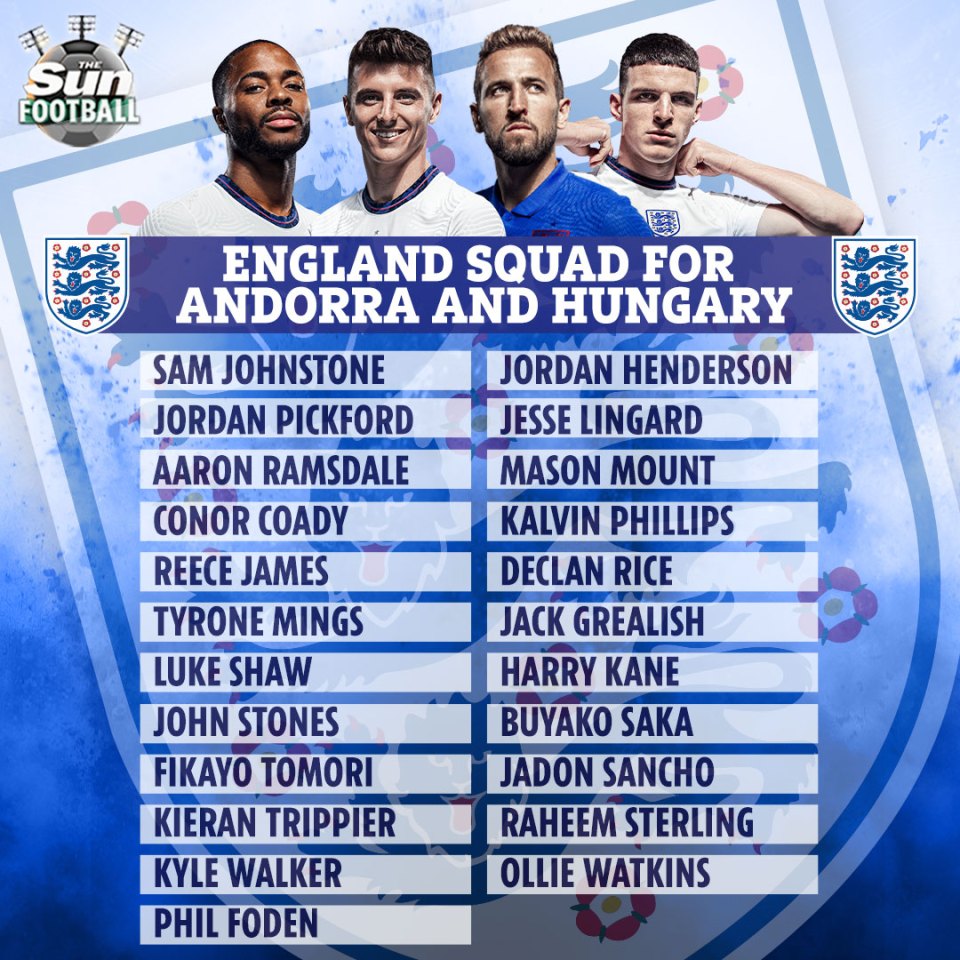 “But with Fikayo and Tammy (Abraham) now moving to Italy and Tripps (Trippier) in Spain, I think it’s a great life experience for them and can only make them more rounded people which will help their football as well.

For a football education as a defender there is probably nowhere better to learn than in Italy, frankly. So he’s really impressed us.

“There are a couple of other young defenders as well. Ben White continues to improve, Marc Guehi at Crystal Palace is on a good path as well.

“We liked Ben Godfrey before the summer. He’s ended up playing a fair bit at right-back this season which has made it a bit more difficult to assess.”

Another player whose England career has gone belly up is Ben Chilwell, who failed to make a single appearance at Euro2020.

Southgate added: ““There’s no hiding that Ben had a difficult summer with us. He would’ve been disappointed not to play as often as he would’ve liked.

“When you have these disappointments as a player, you have the opportunity to roll your sleeves up and show your character and I’m sure he’s going to do that and force his way back into Chelsea’s team.”