Skip to content
Imagine living in the happiest town in the world, where everything is all sunshine and rainbows, and nothing seems to be capable of disrupting so much serenity. Imagine having to investigate why this town is so peaceful. Imagine discovering a truly beastly secret. Welcome to Rainy Woods. Welcome to The Good Life. Directed by one […] The post The Good Life Review – Team Dog or Team Cat? by Francesco De Meo appeared first on Wccftech. ... 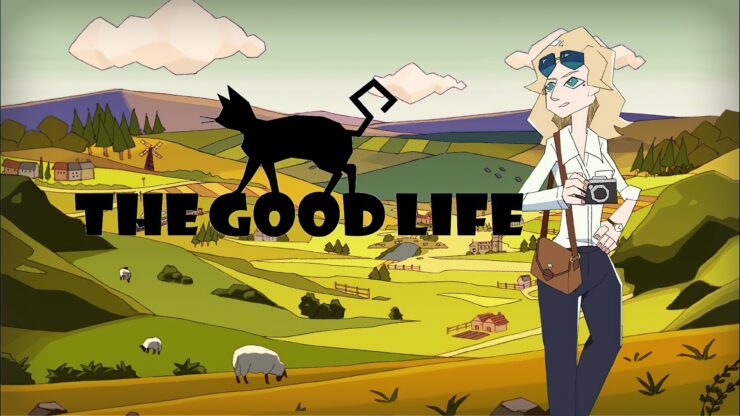 Imagine living in the happiest town in the world, where everything is all sunshine and rainbows, and nothing seems to be capable of disrupting so much serenity. Imagine having to investigate why this town is so peaceful. Imagine discovering a truly beastly secret. Welcome to Rainy Woods. Welcome to The Good Life.

Directed by one of the most creative Japanese minds, Hidetaka “SWERY” Suehiro, The Good Life is a highly atypical role-playing game. It’s filled with all sorts of crazy characters, a very engaging mystery story developed in plenty of unexpected ways, some interesting gameplay mechanics, but also some weird design choices that ultimately damage the experience a bit and make it a niche title. 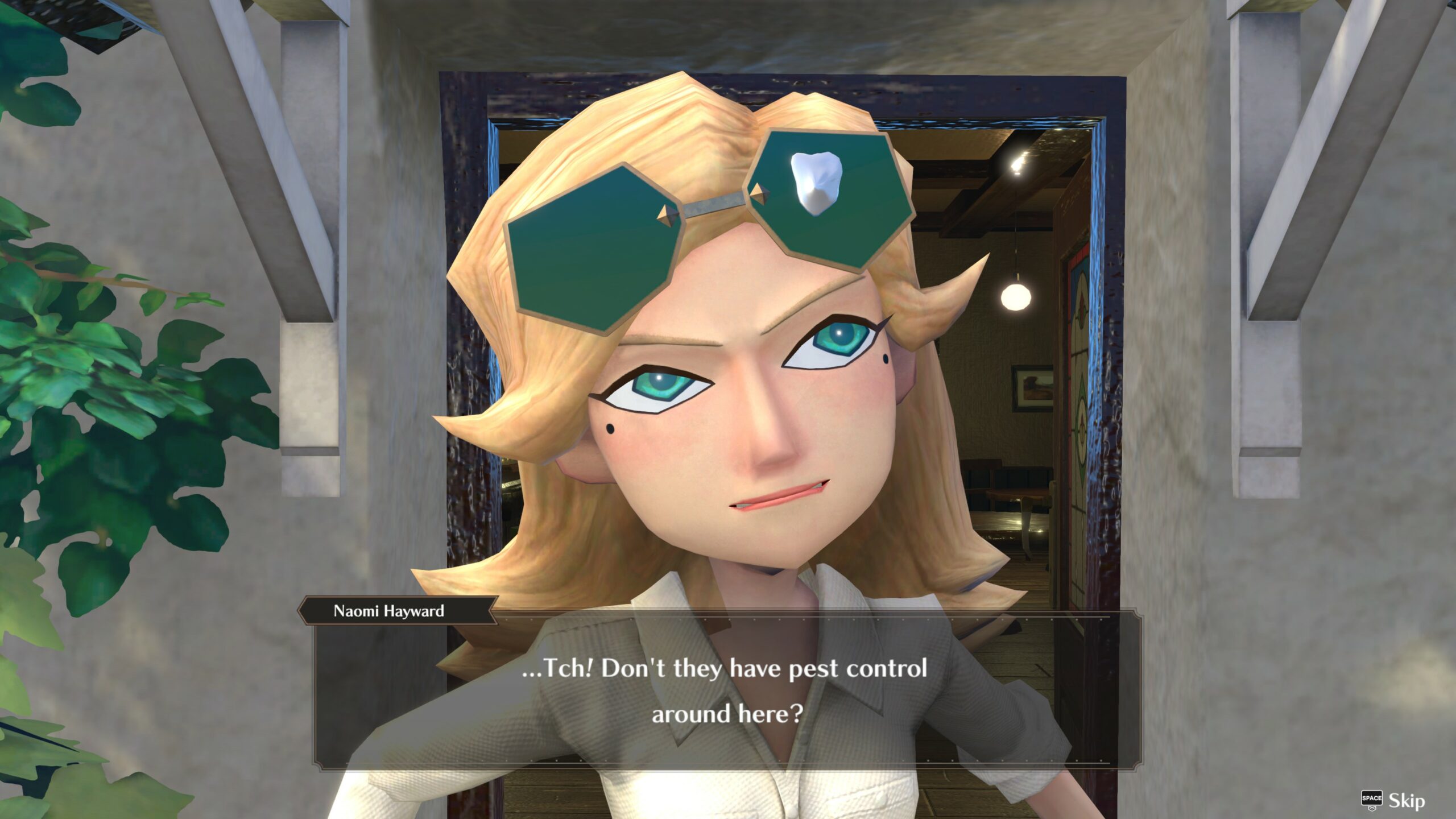 The Good Life stars journalist Naomi Howard, a young woman drowning in debt who accepts the request from The Morning Bell newspaper to uncover the mystery of Rainy Woods, a town in the English countryside that is known as the happiest in the world. It doesn’t take long for our intrepid (and very short of patience) journalist to understand that there is something wrong in this town: every night, all townspeople turn into cats or dogs. The only one that does not is a young woman called Elizabeth Dickens, who’s also the one that advises Naomi not to go out at night.

Her journalistic senses alerted, Naomi sets out to further investigate Elizabeth. This will lead her to acquire the same peculiar shapeshifting abilities of the Rainy Woods population, and to witness a horrible murder that is tightly related to the history of the town and to the mysterious powers the townspeople have.

The Good Life’s story and characters are the game’s highlights, without a doubt. The story starts off as a seemingly by-the-numbers mystery plot but it soon turns into something considerably more interesting that also takes advantage of English folklore (such as the story of Dick Whittington and his cat and of Charles II and his dog) in a clever way that feels very coherent with the rest of the game. The three different stories explored as part of the main quest are all exciting, very well written, and quite surprising at times, leading to what’s ultimately a satisfying ending.

Despite her somewhat caustic attitude, especially towards what she perceives as a backwater town, Naomi is a delightful character, constantly making funny remarks about pretty much everyone and everything. She isn’t the only charming character you will meet during the game, as most Rainy Woods inhabitants are just as enjoyable. And incredibly weird too: during her investigation, Naomi will meet a hippy witch straight from the 70s, a carpenter in full armor, a wannabe Sherlock Holmes, a punk bartender, a scary hotel manager, and many others. Most of these characters are involved in either the main quests or the sub-quests, and they all contribute to making the around 12 hours needed to complete the main story quite enjoyable. 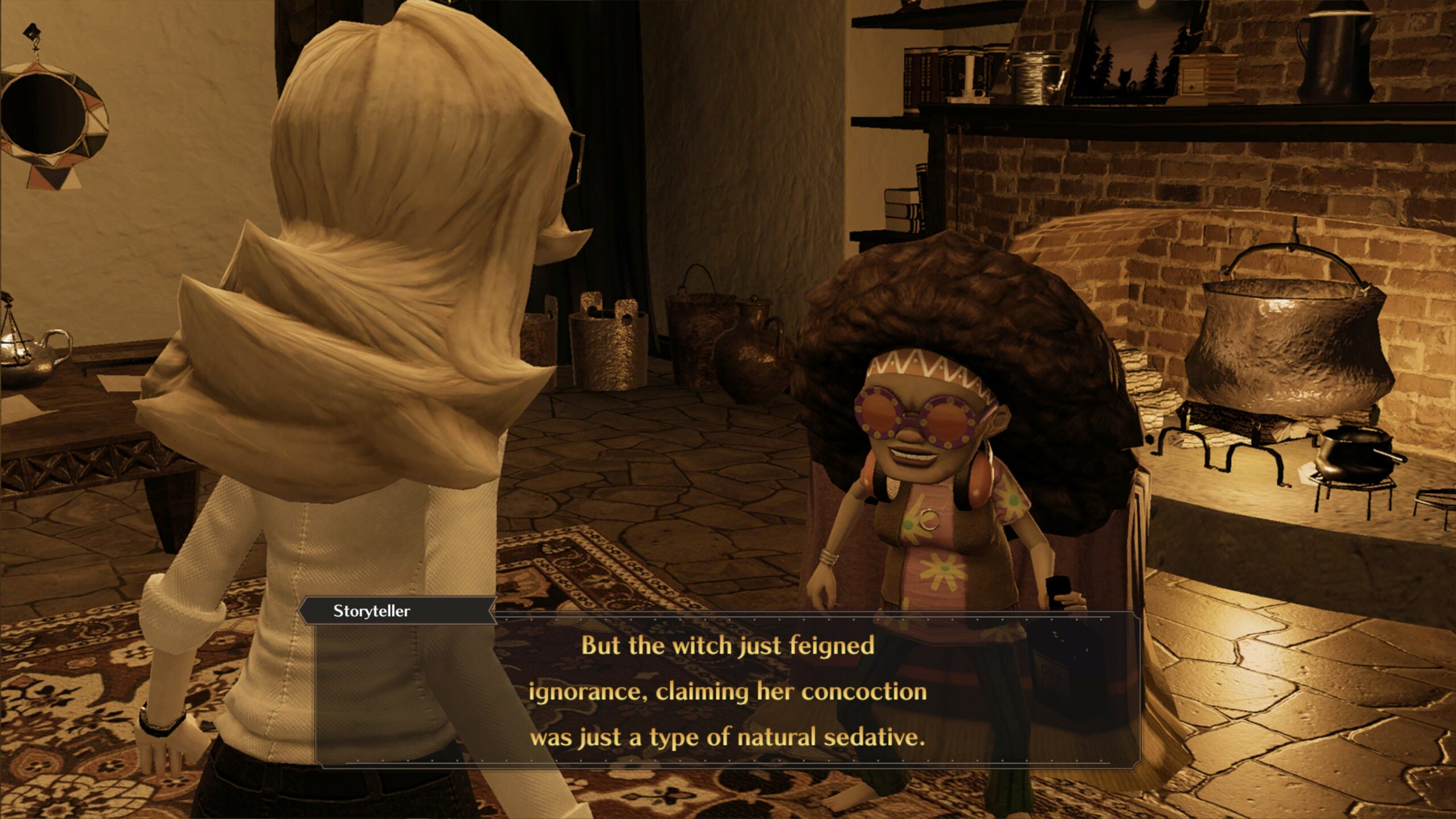 If The Good Life fully delivers in terms of story and characters, I can’t say the same for the gameplay. While there are a few interesting ideas and mechanics, their execution falls somewhat short due to some weird design choices that seem to have been made only to pad out the game’s length.

The Good Life plays like your typical third-person role-playing game, with players controlling Naomi as she travels from one location to another on the map to interact with various characters and objects to complete quests. Right from the start of the adventure, however, it’s clear how this very simple experience has some issues. For example, Naomi moves very slowly in her human form and can only run temporarily until the Stamina bar is depleted, which happens way too quickly. This wouldn’t have been a massive problem if the distances to cover weren’t so big, but The Good Life does feature a map that is way too big for what it offers, and only unlocking fast travel points makes traversal less frustrating. It’s even worse when Naomi is carrying items, as her walking speed gets further reduced. It feels like the big empty map and the slow traversal were implemented only to pad out the game’s length. This is made even worse by how quests are designed, as the majority of them are boring fetch quests. The game even jokes about this every now and then, too, so the development team is, at the very least, aware of maybe having gone a little overboard. Very simple combat and some light puzzle-solving break the monotony a bit, but they are not enough to make the experience feel less tedious. 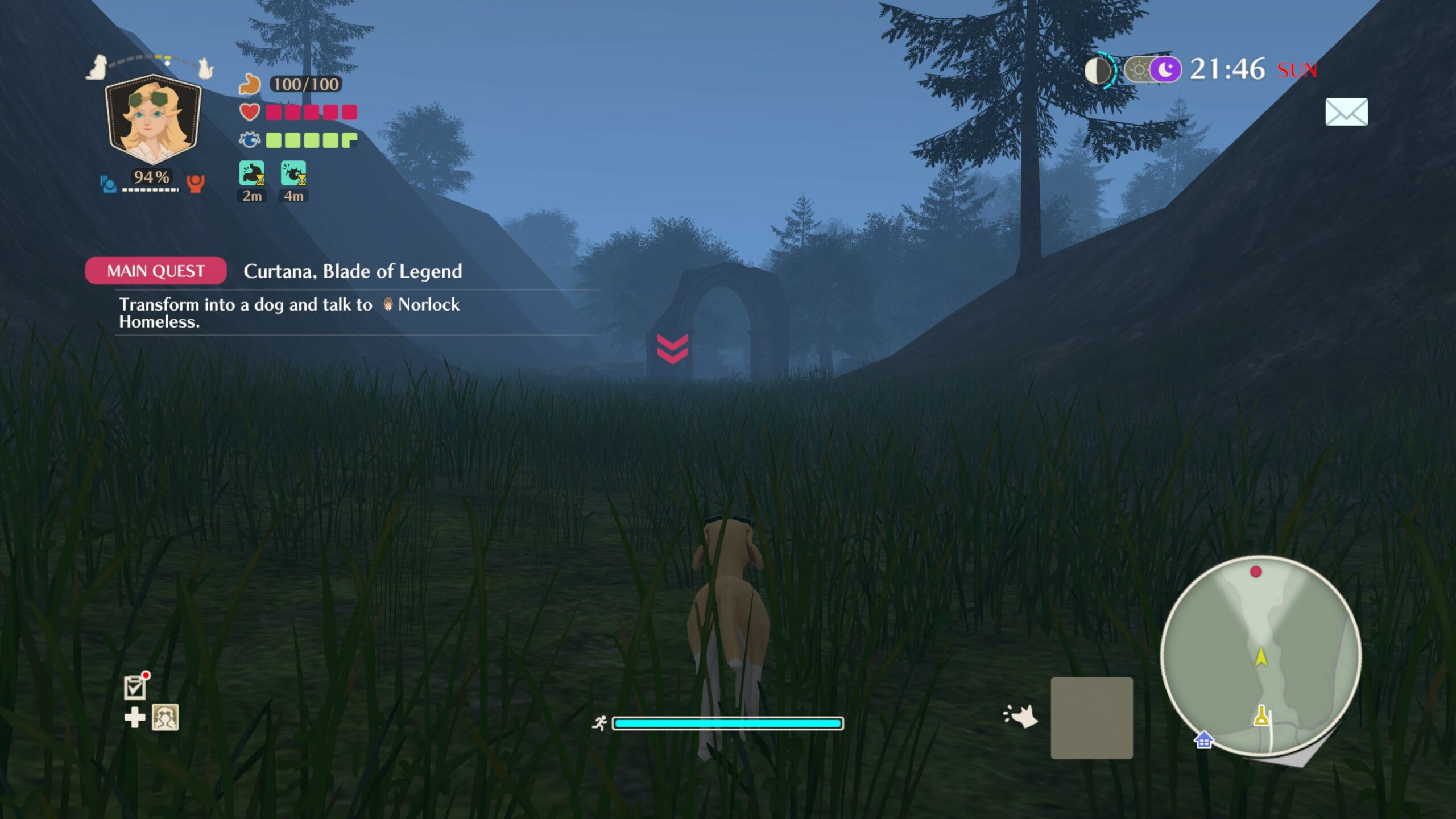 Thankfully, not everything in The Good Life gameplay is as bad as traversal, map, and quest design. During the Prologue, Naomi will obtain the power to turn into a cat or a dog, and both forms come with some unique abilities. The cat form comes with superior mobility that allows Naomi to scale buildings and access otherwise inaccessible areas, and even attack small animals to obtain items like hides and meat. On the other hand, the dog form comes with a superior sense of smell that allows her to track select individuals and other animals, scavenge all sorts of items from bins, and mark territories. The special abilities of both forms are required to complete quests, so they are central to the experience and add some welcome variety, but they do feel a little shallow and somewhat limited. There was definite potential in these mechanics, but it sadly has gone untapped.

Alongside transforming into a cat or a dog as required, Naomi will take a few pictures to complete quests and earn enough money to pay off her debt and leave Rainy Woods behind for good. The only way to make money in The Good Life is by uploading pictures to the Flamingo app, a special app available on the computer found in Naomi’s house that lets users earn money depending on the number of likes a photo receives. The Flamingo app also shows trends that are updated twice a week, and any photo that taps into these trends is set to receive more likes and thus more money that can be used to purchase a variety of cosmetic items, new lenses for the camera, some of them required to complete main quests, and food.

The role-playing game mechanics in The Good Life aren’t limited to money earning and spending, although, like the transformation mechanics, they do feel a little shallow. The game doesn’t just lack complex combat but also any sense of progression. Stats are limited to health, stress level, hunger, and fatigue, which require eating food and sleeping to get restored. Naomi will also need to shower and groom herself every now and then to keep her Charisma high. A low Charisma level makes everyone in the village feel uncomfortable interacting with Naomi, leading to increased prices in shops. Interactions with other characters also change depending on Naomi’s affinity towards cats or dogs, which can be changed at fast travel points by offering money to either. While the changes aren’t massive by any means, it is a welcome touch that adds a little replay value to the experience. There are also plenty of items to collect and craft by shops for those who like exploring the world searching for collectibles and cosmetics. 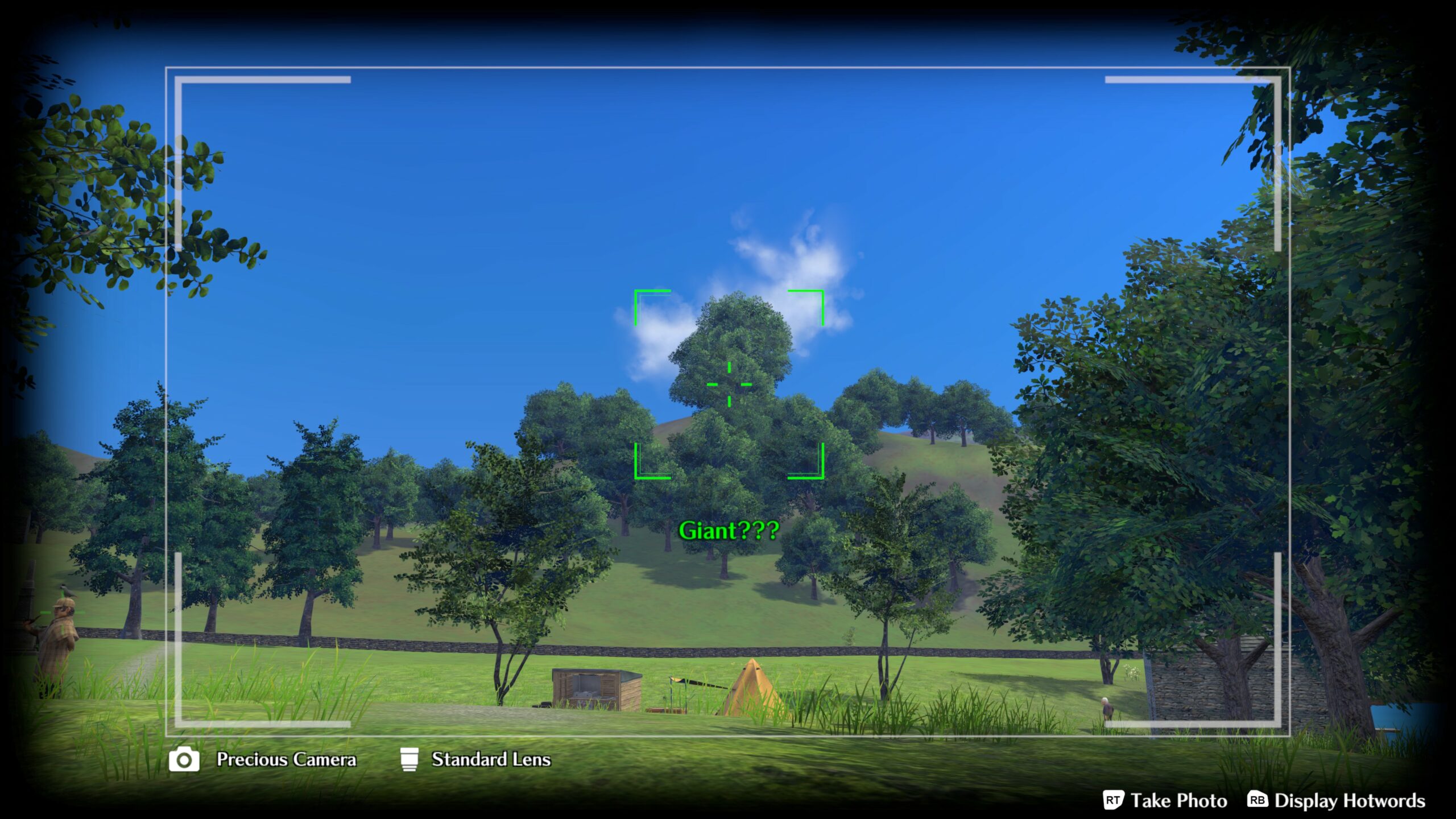 While The Good Life’s gameplay is a little hit and miss but it could still resonate with some players like SWERY fans, the game’s visuals are definitely underwhelming, although the stylized character models are charming and full of personality in their low-poly glory. What really hurts the visuals, not counting the simple location design, are the animations. These look incredibly stiff, especially the running animations for the cat and dog forms. For a game built upon the atmosphere, this is quite detrimental and immersion-breaking. The pre-rendered cutscenes that play when night falls and dawn breaks are also very rough, with clear frame rate issues.

With such simple visuals, most modern systems will not have any trouble running The Good Life. The game unsurprisingly ran flawlessly at 4K resolution, max settings, on the machine used for the test (i7-10700 CPU, RTX 3070, 16 GB RAM), but even less powerful systems will have no trouble doing the same. The game is also generally bug-free, as I encountered almost no major issue during my time with it.

The Good Life is a SWERY game through and through. Like other games from the Japanese director, it excels in its narrative elements but falls short in the gameplay, with an experience that is sometimes a slog to play due to the low traversal speed, a map that is way too big for what it actually offers, and mechanics that could have been better executed. Sometimes, a lot of heart is not enough to create a masterpiece, so The Good Life is a game that can be recommended to die-hard SWERY fans. Everyone else would do better to try out the playable demo before purchasing.